Welcome to my Oxford gallery – just stroll down to view

Exeter College Chapel, in the center of Oxford.

Something slightly more unusual – a view of a window display at the Blackwell’s Art & Poster Shop on Broad Street in Oxford.

The Natural History Museum in Oxford. This rather ornate building was the subject of several  studies by Ruskin, amongst others. 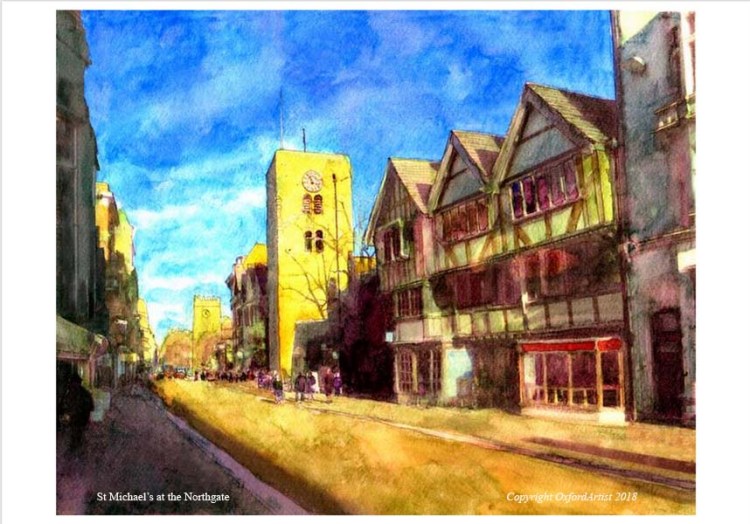 Another view of Cornmarket Street, with the Pret in the half timbered Nos 26 -27 , The Saxon Tower of St Michaels at the Northgate and The Church of Mary Magdalen in the distance.

Originally a 17th century coaching inn at the city’s Eastgate. now a Hotel and Italian restaurant as part of a chain owned by the television cook Marco Pierre White.

Also available as a print from my Etsy shop

065 A view of Magdalen College from the Magdalen Bridge

01 The view of the Clarendon Building from outside the Sheldonian Theatre. The traffic cone is a common phenomena in the vicinity of  the ‘talking heads’. 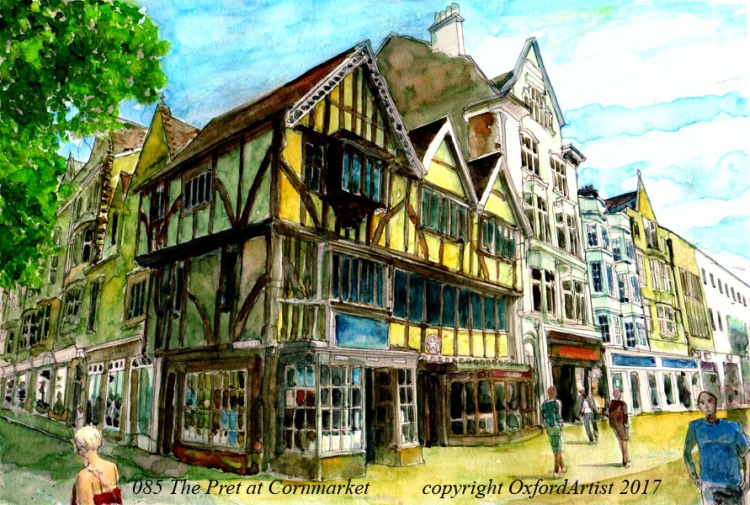 085 The Pret at Cornmarket, Oxford. This building at the corner of Cornmarlet Street and Ship Street now houses a Pret and Currency Exchange. 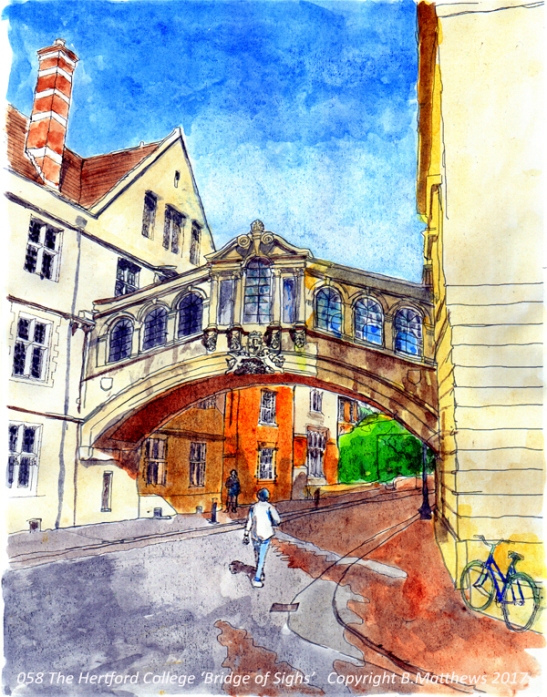 060 A view along Catte Street from beside St. Mary’s Church and looking towards the Radcliffe Camera and the Bodleian Library.

071 The Former Indian Institute on the corner of Broad Street and Catte Street. 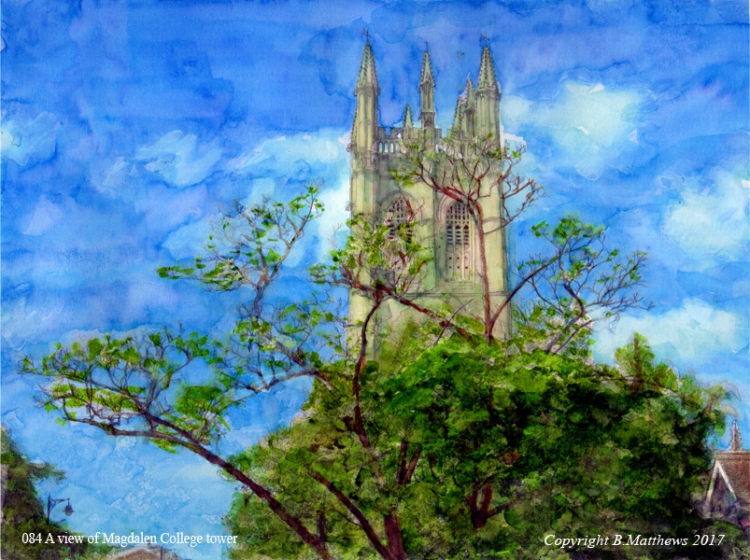 09 Brasenose Old Quad with The Radcliffe Camera in the background.

088 A view of The Merton College Church from the junction of Merton Street and Magpie line.

As an aside – yes the lamp-post really is wonky in real life – as are a few of the old Oxford street-lights. 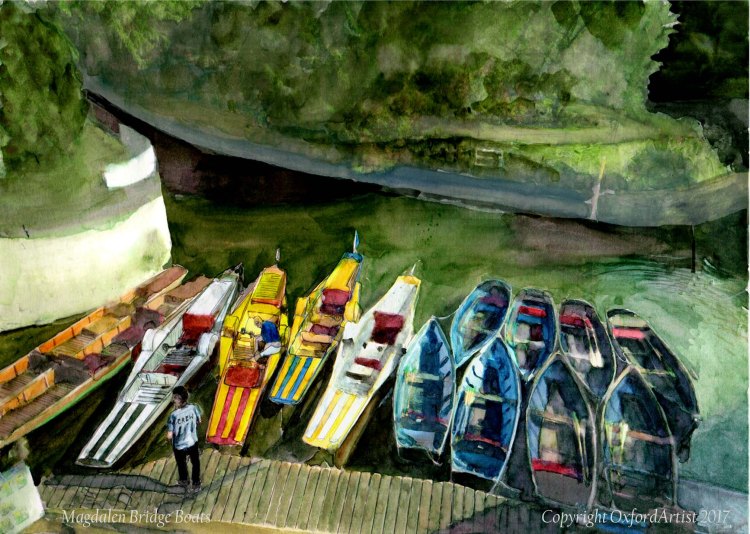 One of my watercolours from the Magdalen College Bridge in Oxford.

A view of a collection of the punts, pedalos and rowing boats  for hire there, plus Boat House crew. A fun place to watch a bit of navigational boating mayhem…

056 A view along Turl Street From the corner of Brasenose towards the back of All Saints. 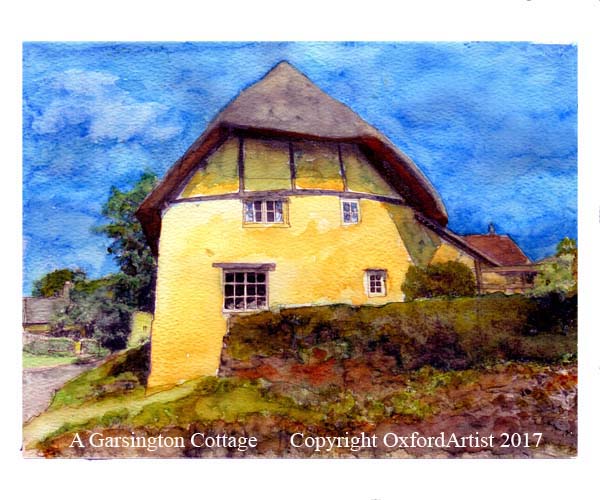 Garsington is a village just beyond the eastern city limits. it is home to an interesting church, two 16 – 17th C. manor houses and several picturesque cottages.

This watercolour is also available as a print from my Etsy shop.

One thought on “Oxford”

To view artwork for sale and maybe buy a print click on my Etsy shop via link – https://www.etsy.com/uk/shop/OxfordArtist

All images are copyright of OxfordArtist